NIBE is building the future of Markaryd 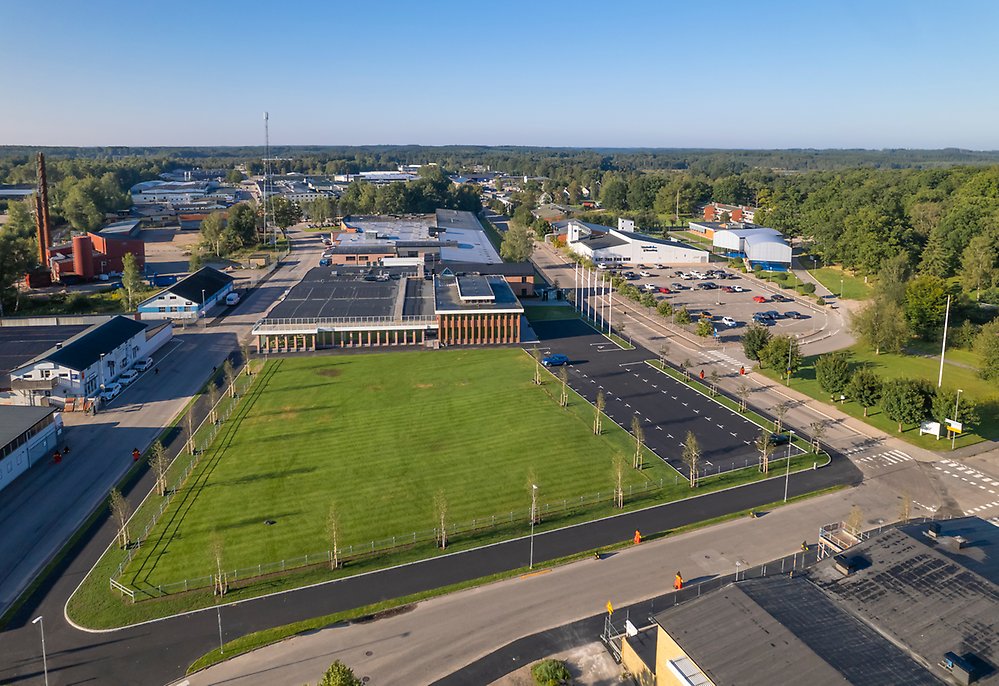 The newly renovated furniture factory that currently houses two exciting new exhibitions about energy and inventions that serve humanity, along with a modern co-working space with shared facilities that offer the chance to connect to international universities, as well as a TV studio and much more.

In a renovated and converted former furniture factory in Markaryd, Sweden, heat pump manufacturer NIBE and the municipality have built a Science Center – Vetenskapshuset – the new knowledge and collaboration hub in the region. It is a place intended to enhance the attractiveness of the region and inspire both the business community as well as students and school-age pupils.

Today, NIBE is a world-leading heat pump company, but the company remains strongly influenced by its roots in Markaryd – the place where everything started just over 70 years ago. The town in Småland remains the headquarters of the company and its centre of product development and manufacturing.

“We don’t believe in having the development department in one place and manufacturing in another. We get incredible energy from having everyone working together in the same place. The product developers can go straight into the production side and talk to colleagues there,” says Christel Fritiofsson, Investor Relations at NIBE.

Built for the future

Through Vetenskapshuset – which opened on 25 August – and collaboration with the municipality, NIBE wants to enhance the attractiveness of NIBE in the business community, while also sparking interest among young people in science and technology. Invitations are extended to schools to give pupils the chance to learn more about science through playful experiments and exhibitions from the Nobel Prize Museum and the National Swedish Museum of Science and Technology.

“NIBE is currently expanding extremely fast and we can see that a shortage of skills is a growing problem. For us, Vetenskapshuset is a long-term investment in young people. We want to create the next generation of engineers and show that there are loads of exciting jobs and companies in Markaryd. No one needs to move to a major city to develop themselves,” explains Fritiofsson. 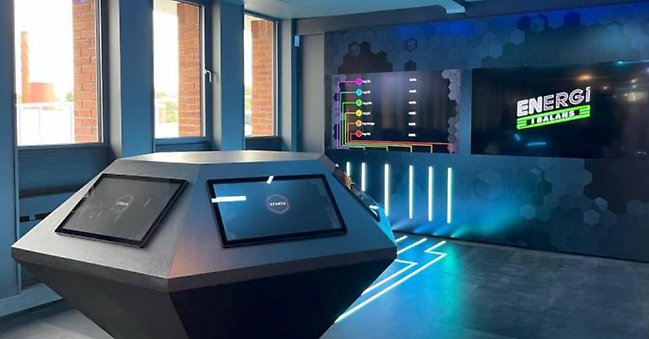 A part of the new Energy Exhibition where different sections cover different types of energy for learning and play.

For university students, there is an interactive lecture theatre in which they can connect to Swedish and international universities and follow lectures from across the globe.
“This is an incredibly huge and exciting investment. We also have a state-of-the-art chemistry lab designed by the renowned chemist Billy Södervall. This is a unique opportunity, not least for the upper secondary school that is also the closest neighbour to Vetenskapshuset,” notes Lina Simonsson, Project Manager at Vetenskapshuset.

Vetenskapshuset also contains a meeting place – Mötesplatsen – a co-working centre in which companies, entrepreneurs, remote workers and students can all meet to work and develop skills.“Our goal is to see the building teeming with people at all times. We want to take advantage of Markaryd’s proximity to the E4 motorway and make both the town and Vetenskapshuset a place for learning, working and networking. We want it to become a natural part of the community where individuals can visit the exhibitions while charging their electric vehicle, for example,” concludes Simonsson.

Lina Simonsson and Christel Fritiofsson from NIBE have led the way in establishing external collaborations with the Nobel Prize Museum and the National Swedish Museum of Science and Technology. These collaborations have also involved a number of commissions for local entrepreneurs from Markaryd.

Through this investment in Markaryd, NIBE is striving to keep playing its part in creating a better society.
“As a major employer in a small town and a market-leader in sustainable energy solutions, we have the opportunity to make a difference both locally and globally. We have a strong belief in the future of Markaryd and the climate that we want to pass on. Our aim is to convey a positive image of our municipality and the future. Where there’s a will, there’s a way. And, when we have the courage to believe that, then we can make a difference,” concludes Gerteric Lindquist.