Energy use is a very important aspect within the organisation both concerning lowering the usage and shifting to renewable energy. Energy is also the backbone in our business strategy, as our core business is to provide the market with sustainble energy solutions. Our aim is to provide the market with products and services that increase energy efficiency and lower carbon emissions.

The approach is to work internally with our own energy use and to develop products that can support a transition to a low carbon society and less climate impact.

One of our targets is to have at least 55% of our turnover from product that are LCE classified according to FTSE's LCE-index*.

G4-EN3 - Energy consumption within the organisation

Our total energy consumption, direct and indirect (excluding transportation), was 169* (157) GWh. Of this, 3.1 (2.5) GWh consists of electricity, heat and cooling we generated from solar and wind power and heat pumps.

We have started to measure emissions from transportation and now we have comparable data for our own vehicle fleet for consumption of diesel and petrol. The consumption of petrol was 3.2 GWh and diesel 20.3 GWh. This is an increase on the previous year of 10% for petrol and 11% for diesel.

*Some late corrections have been made due to discovered mistakes in the reporting. The previously reported figure was 167. 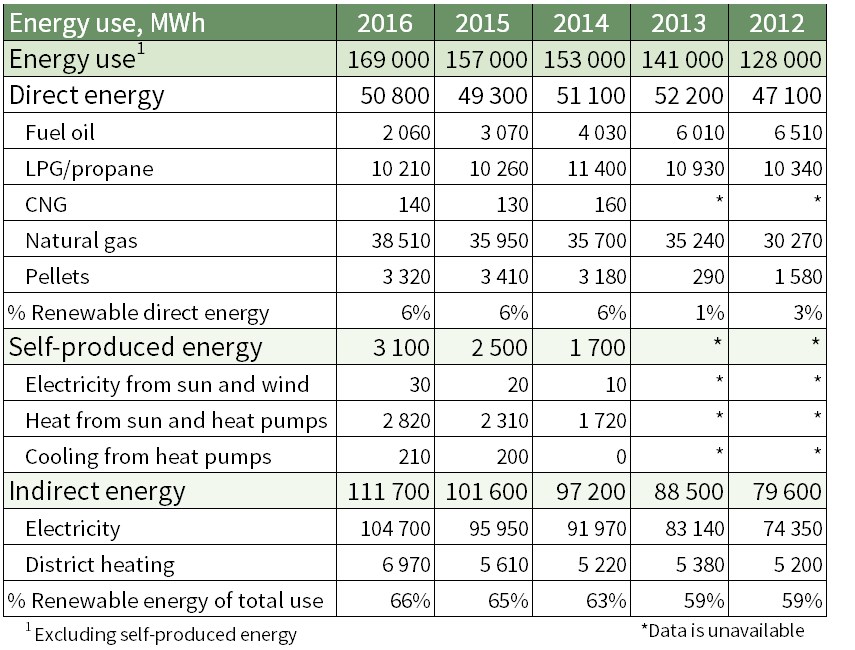 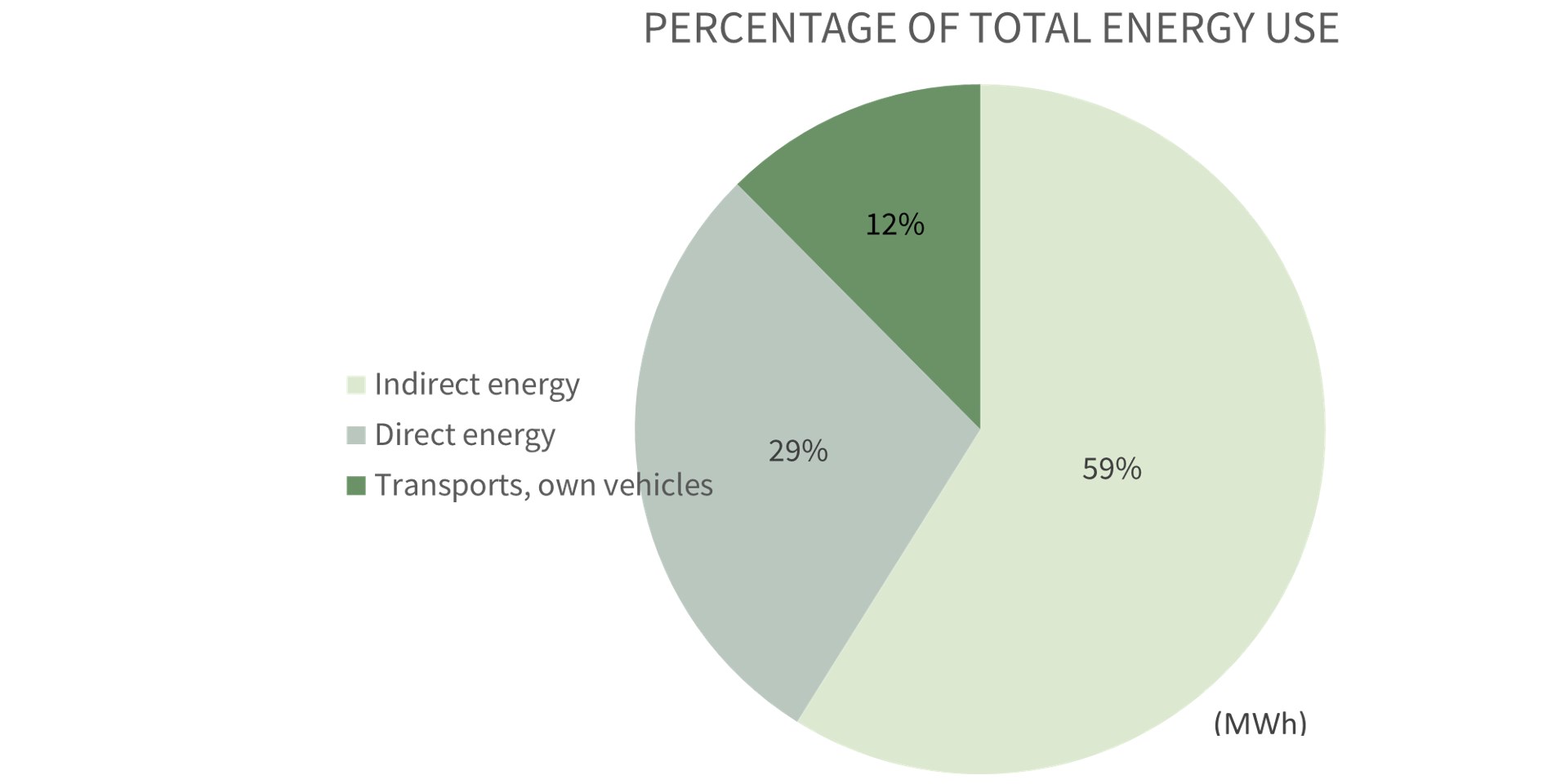 G4-EN4 - Energy consumption outside of the organization

We do not have enough reliable data to be able to report energy use outside our organisation.

Even though our total energy use has increased due to increased production, the intensity is lower due to the increased sales. 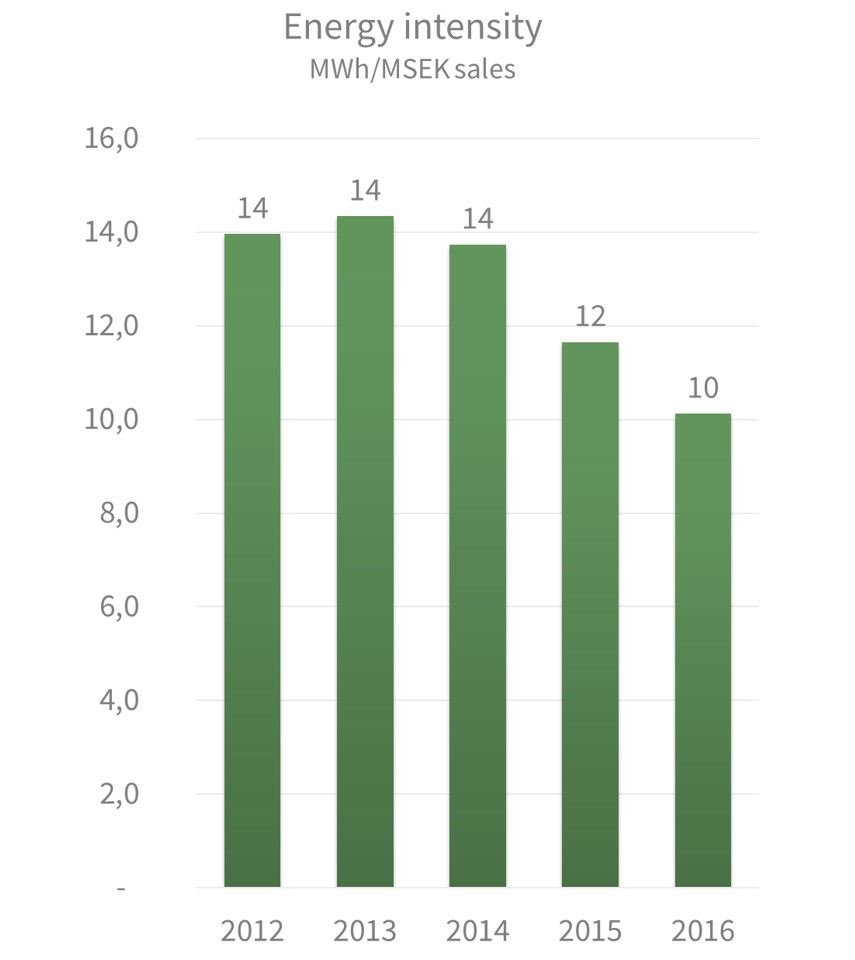 Our target is to phase out fuel oil burning from all our own properties and replace it with heat pumps or other fossil free technology. During the last three years the consumption of fuel oil has decreased by 66%.

G4-EN7 - Reductions in energy requirements of products and services

A ground-source heat pump can save up to 80% compared with a situation in which the building was heated with direct-acting electricity. Both economical and environmentally friendly.

Electric motors in equipment such as for example pumps, compressors and fans normally operate at a fixed speed. Inverters can reduce energy use in electric motors by matching motor speed to the changing load and system requirements. Compared to other ways of controlling partial loads, frequency inverters can in some applications, reach up to 50 % in energy savings.